Fighting Today…Focused on the Future!

The CWA committee met this week at the District 4 meeting in Indianapolis, Indiana. We continued to strategize with Vice President Hinton and President Shelton on ways to move the Company on the issues most important to all of us, most importantly jobs and work.

There was a rally attended by CWA members and coalition partners, including Good Jobs Nation, Our Revolution, the AFL-CIO and others, at AT&T Indiana Headquarters and Monument Circle in downtown Indianapolis.

There were a number of speakers; including CWA President Chris Shelton, CWA District 4 Vice-President Linda Hinton, CWA Telecommunications and Technologies Vice President Lisa Bolton, Indiana State Representative Karlee Macer and others. The speakers and all those in attendance called on AT&T to end their destructive and despicable behavior of offshoring and outsourcing the jobs and work of their long time employees, leaving a wave of devastated families and communities in the aftermath of their poor decisions.

At the District 4 meeting all leaders committed to continued mobilization to hold AT&T accountable in the public realm by continuing to gather political and community support in our fight for a just contract.

Please reach out to your local mobilization coordinator to see how you can continue to be a part of these efforts.

Spread the message that AT&T’s offshoring and outsourcing hurts workers, damages communities and puts customer service and information at risk! 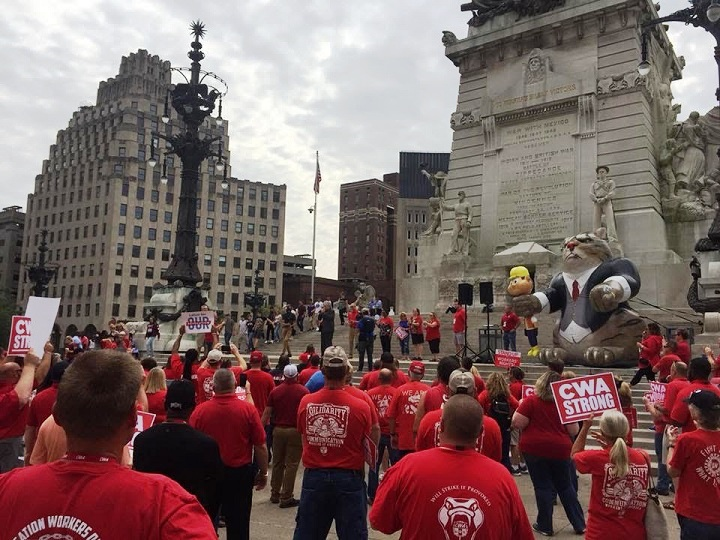