Fighting Today…Focused on the Future!

While the committee would like to relay something meaningful in this report, we sadly must share some of the same news we have shared before. Although informal discussions are occurring, the Company still remains unprepared to respond to the bargaining team with any meaningful dialogue about the last proposals we passed in early February.

Despite their statements in the Company email blast sent to employees, it would seem as if they may not actually be ready to work towards an agreement that:

You may have read in the Legacy T report that the Company isn’t willing to TA even their own proposals that the Union is agreeable to. That is also the case here in District 4. You can imagine our frustration when we can’t even get the Company to sign off on things we already agree on. Nonetheless, the bargaining team WILL NOT BACK DOWN!

It has been over a year since the members in District 4 commenced bargaining this agreement. The Company remains united against you in your attempts to get a fair agreement. We know the road has been long and tiring but now more than ever members must stand united against this Company to get a fair contract. Like a champion fighter no matter how many knockout blows the company has attempted to throw, the members in District 4 have kept swinging, we can’t stop now. 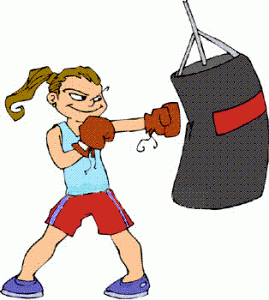